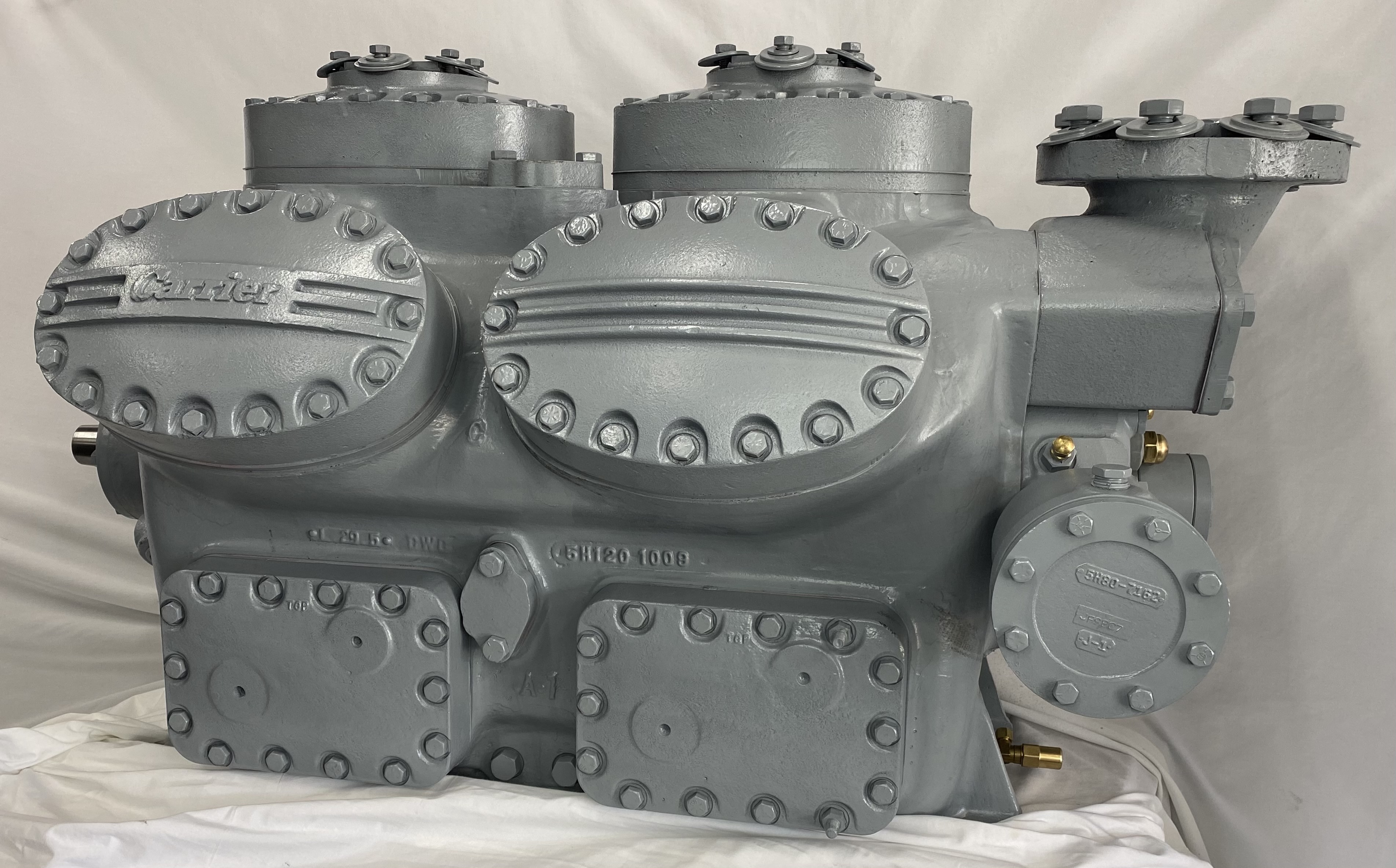 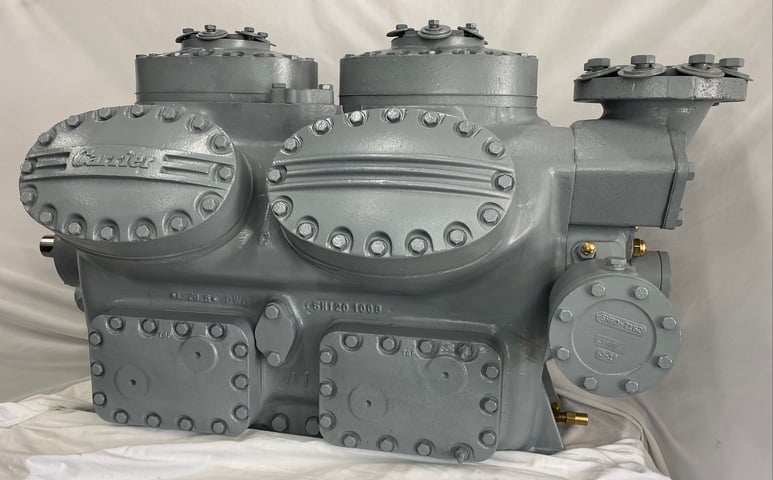 Carrier commercial compressors are among the most trusted in the United States. Founded in Farmington, Connecticut in 1915, Carrier arose from Willis Carrier’s development of the first modern air conditioning system out of a Brooklyn-based printing plant in 1902.

That innovation changed American culture, setting the stage for large, air conditioned movie theaters and other fun escapes from the grueling heat of summer. To this day, the American South and Southwest wouldn’t be the same without Carrier.

And the brand didn’t stop there.

Carrier stands shoulder-to-shoulder with Copeland, another American brand, as an innovator always working to make its products better. Carrier commercial compressors are some of the most reliable you can buy. Over the last several years, the brand also made a striking commitment to energy efficiency.

Among all the different Carrier models, the 5H Series has attracted special attention.

The Carrier 5H commercial compressor stands out in a number of ways:

When you choose a Carrier 5H commercial compressor, you know that you are getting a legacy of engineering excellence few other brands can match. These sophisticated, yet affordable Carrier commercial compressors are the tool of choice for industries where even a few minutes of refrigeration failure can prove disastrous.

Here are some of the reasons that companies large and small trust Carrier 5H commercial compressors:

1. Compatible with a Wide Range of Refrigerants

The Carrier 5H series is compatible with the most popular refrigerant types, including reliable formulas used for many years and emerging eco-friendly alternatives. R-134A, R-407A, R-407C, R-507, and other refrigerants can all be used. This is great for ensuring that your refrigerant stockpiles will retain their value as you make the switch from obsolescent refrigerant types to those compliant with the latest environmental standards.

The Carrier 5H Series is designed from end to end for a smooth and unrestricted flow of refrigerant. Liquid slugging and flooding, among the most severe problems that can strike a compressor, are made less likely by a variety of innovations. In particular, targeted heating is used to stop any accumulation of refrigerant in the crankcase. This reduces the risk you take on when the cooling system needs to be shut down temporarily.

3. Designed for Efficiency and Reliability

Carrier 5H series compressors benefit from an exterior mounted motor that can raise efficiency throughout your whole system. At the same time, you can enjoy unprecedented reliability across a full spectrum of operating temperatures. Seal leakage is minimized thanks to the two-piece shaft seal assembly reflecting Carrier’s refrigeration engineering expertise. This all helps to extend service life and reduce maintenance costs.

The Carrier 5H commercial compressor incorporates a state-of-the-art capacity control scheme allowing the unit to operate at as little as 35% of the full design load. Horsepower output automatically decreases in response to changing demand. With the hands-free part-load operation, energy consumption and mechanical wear both decline. Your Carrier 5H does it all instantly depending on the operating environment.

You already know that the average commercial compressor lasts for about seven to ten years. Planning your compressor replacement strategy is vital. But what if you could get higher levels of efficiency even later in the unit’s life? The Carrier 5H commercial compressor series makes it possible with features such as its reversible, large-capacity oil pump, automatic pressure regulator, and its leading oil filtration system.

When a few degrees can make the difference between success and failure, you can’t afford a malfunctioning compressor. Dairy farms, meatpacking plants, food processing plants, and large grocery store chains are just a few of the businesses that have come to rely on the Carrier promise of quality.

When you choose a remanufactured commercial compressor, you can get it all at major savings.

A remanufactured compressor has been completely disassembled and key components have been replaced as necessary. The unit gets an interior and exterior cleaning. When reassembly is complete, the unit is typically tested under load to verify its “real world” operating performance is on par with an all-new OEM model.

With a remanufactured Carrier 5H commercial compressor, you may save anywhere from 20%, 30%, or more. Plus, your new compressor can be delivered quickly – in weeks rather than months. This is the secret used by small, family-owned companies and large enterprises with dozens of compressors in service.

For the highest quality at the best price, look to a Carrier 5H remanufactured commercial compressor for your commercial cooling needs.