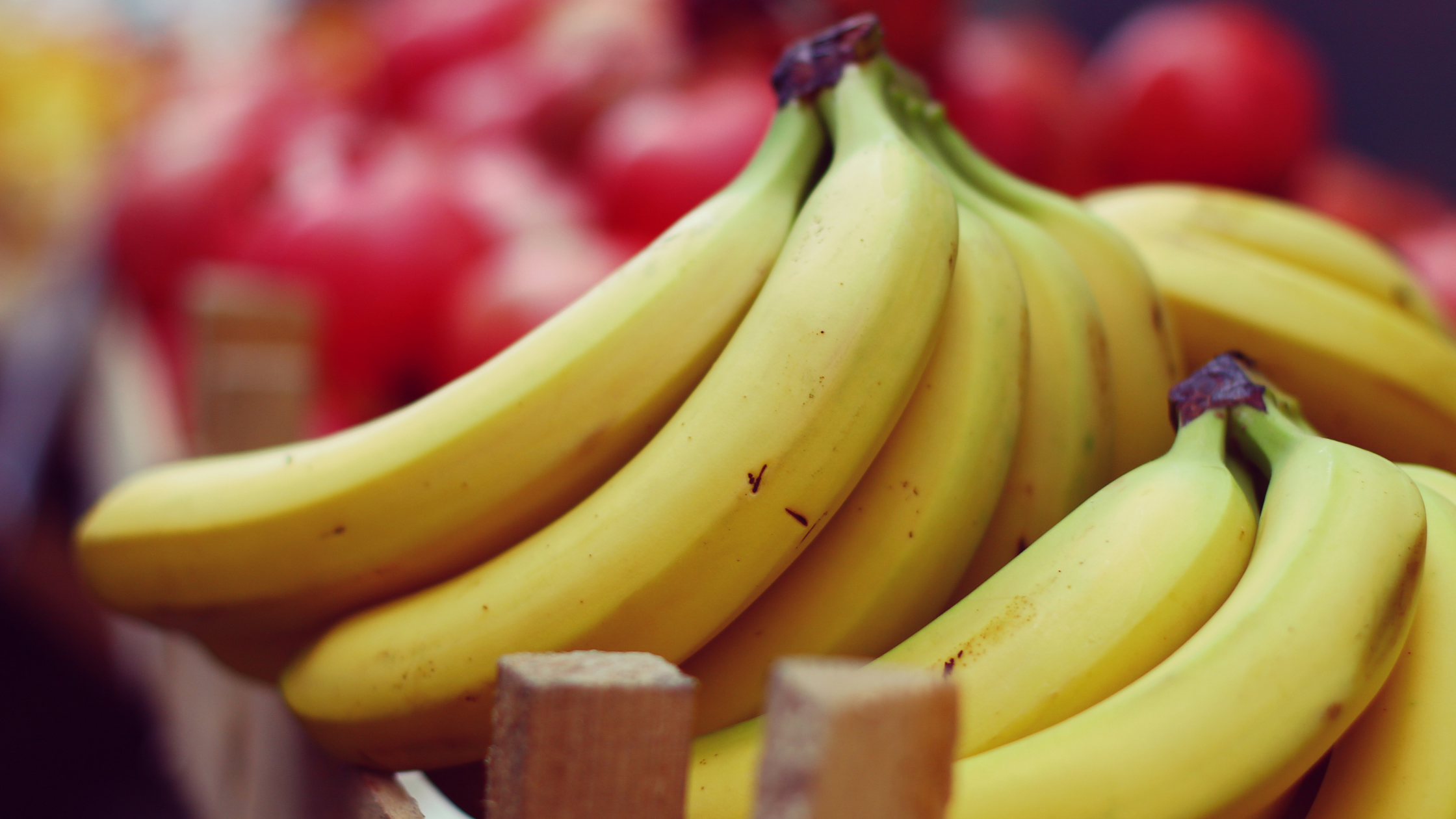 You might not think about it much, but bananas have changed a lot in the last few centuries!

Today’s sweet yellow bananas are a relatively recent development. Early bananas were green or red. They could be prepared using a wide range of cooking methods. They were also much smaller than the bananas on grocery store shelves today: Often less than half the size of sweet yellow banana.

To differentiate it from the yellow banana, examples of those early cultivars are now called plantains or “cooking bananas.” Although they are still featured in a variety of world cuisines, they are nowhere near as popular as the sweet yellow banana, especially in the United States.

According to the most recent statistics, Americans eat about 26 pounds of bananas per person each year. That makes bananas the most popular fruit in the country! This may come as no surprise: The banana is convenient, can be consumed on its own, and clearly indicates when it is at peak flavor.

Since bananas flourish in tropical areas, there’s relatively little banana production here in the United States. If you are looking for a banana a little closer to home, odds are good you’ve enjoyed the taste of produce from Del Monte Foods, founded in California back in 1886.

Although Del Monte is not the biggest distributor of bananas, it is one of the smartest. Its entire supply chain has been optimized for a superior product. One of the secrets to Del Monte’s success has to do with the inventive way the company uses compressor technology to ripen bananas.

Bananas are a tricky business. If they arrive on store shelves too early, it could be 7-10 days before they offer their best flavor. On the other hand, a banana that is too old rapidly becomes unappealing. Bananas brown as they release an enzyme called polyphenol oxidase (PPO).

As bananas react with the air, they also emit a gas called ethene, which makes other fruits ripen!

This makes the transportation and storage of bananas even more challenging than with many other fruits. They must be selected and moved carefully. Commercial refrigeration technology plays a big role, but not necessarily in the way you may think.

Before bananas journey to stores, potentially hundreds of miles, they must also be ripened.

Every producer of bananas has its own ripening strategy. Ripening technologies must be aligned with the timing and distance of the shipping process. This makes ripening a particularly complex consideration to lay over the other logistical hurdles fresh produce must face.

Of all the different ripening processes in use today, Del Monte’s maybe the most interesting.

In Coral Gables, Florida, a subsidiary called Del Monte Fresh Produce uses a method that relies on precise temperature control using commercial compressors. Pallets of unripe bananas are placed in specialized ripening rooms, not unlike large refrigerator units. The ripening rooms are outfitted with sophisticated sensors and precise temperature controls that are much more granular than the average commercial setup.

All of this relies on a series of compressors, typically Carrier 5H60 or 5H80 models.

When the fruit has been organized and spaced properly in the room, ethene (also called ethylene) gas is introduced from outside. The gas is a chemical signal that effectively begins the ripening process. Over the next five to seven days, the fruit is constantly evaluated by trained experts.

Using their specialized training, these ripening engineers can determine when it is time to make a tiny and precise change to the temperature of the room. Every piece of equipment – and, by extension, every piece of fruit – depends on accurate and reliable performance of the compressors.

When the bananas have been ripened successfully, they are transported on refrigerated trucks to the grocery store. Ripening engineers look for the appealing yellow color that means a banana will be ready for eating any time over the next few days. As bananas become overripe, they also have valuable uses in baking.

Bananas are constantly being produced, harvested, and shipped, whether from domestic or overseas locales. With that in mind, the ripening room gets a lot of work! During the peak of the season, it may be empty for only a few hours between loads. It is at this time refrigeration experts perform compressor maintenance.

For Reliability, You Can Really Trust, Choose a Remanufactured Carrier Commercial Compressor

Millions of bananas have undergone successful ripening thanks to Carrier commercial compressor technology. Carrier is one of the oldest and most innovative U.S. compressor brands. Remanufactured compressors are ideal if you need advanced equipment for a big job at a discount. With remanufactured units, you save time and money without sacrificing the kind of predictable performance that bananas (and other quality products) count on.