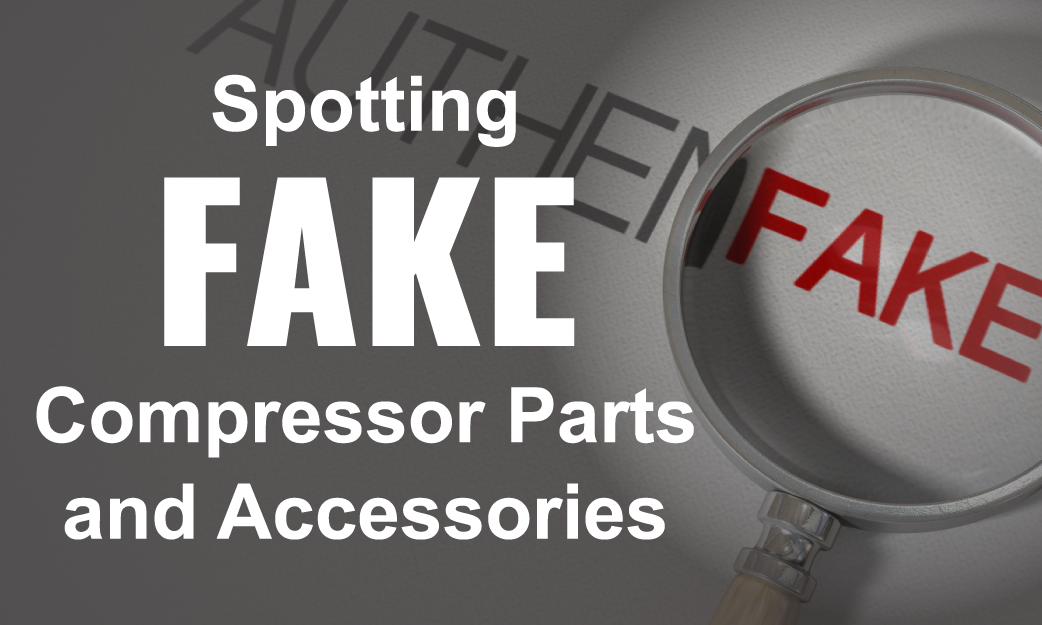 At first glance, genuine and fake compressor parts can appear virtually identical. But they’re not. Key differences between the manufacturing processes and material quality of counterfeit components and those of genuine or high quality aftermarket parts can have negative effects on safety, performance, and overall operating costs.

In fact, the counterfeiting problem has become so large and entrenched that leading compressor manufacturers, like Bitzer and Danfoss, are joining forces to seize fake compressor parts, accessories, oils, and refrigerants. With the market for counterfeit products booming, it’s also important for consumers to learn how to distinguish between fake and high quality compressor components.

One of the misconceptions associated with this industry sector is that aftermarket parts are the same thing as counterfeit parts. Suggesting this or using the terms interchangeably can be misleading, particularly for an inexperienced person.

Counterfeit parts represent a form of fraud, indicating imitations that are illegally fabricated by a foreign or domestic entity and often sold as genuine parts. Conversely, quality aftermarket parts are made by companies other than OEMs. Although all aftermarket parts meet strict OEM standards, some are redesigned and reengineered to work the weaknesses out. As a result, these parts frequently exceed OEM specifications.

Because there are many companies that make aftermarket parts, there is a greater selection of compressor replacement parts and a wider range of prices, which gives you more options on where to buy the items you need. Furthermore, aftermarket manufacturers continue to produce parts that are no longer available from OEMs.

Routine maintenance and repairs aren’t of much use when a part reaches the end of its life span. Irrespective of the preventive maintenance program you’ve chosen for your facility, you’ll eventually need to replace some parts or the entire compressor.

With that in mind, it can be tempting to cut costs by opting for fake compressor parts, which are less expensive than genuine or high quality aftermarket parts. However, this can leave you with cheap knock-off components that can do more harm than good. To avoid the dangers of purchasing counterfeit compressor parts, here are a few guidelines you can use to identify what might be a fake part.

Additionally, some manufacturers provide detailed information about their products so customers can easily distinguish fake from genuine parts.

When you choose quality compressor parts and accessories, you end up with components that meet the highest industry standards and specifications. Since these components have passed strict mechanical running tests and performance tests, they offer the best value for your money. With an adequate preventive maintenance program in place, you can rest assured knowing that your compressor will provide its designed performance and efficiency, right up to its retirement age.