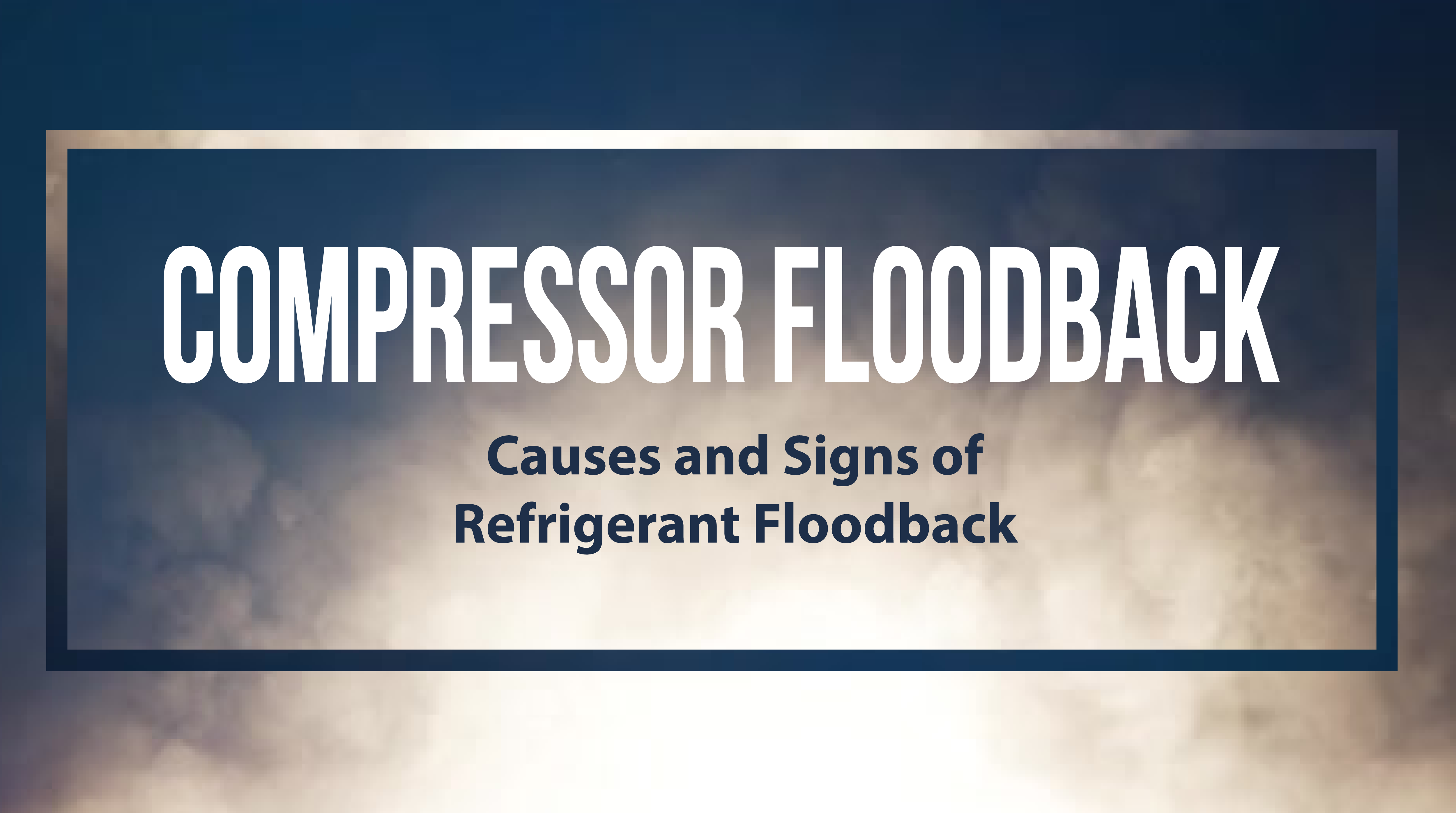 Many different factors may lead to refrigerant floodback in an HVAC/R compressor. Most of them could be traced to:

Oftentimes, the amount of liquid refrigerant returning to the compressor determines the type and extent of damage that will occur. Here are a few signs that could indicate refrigerant floodback.

Once liquid refrigerant gets into the crankcase, it’s only a matter of time before the compressor seizes. Because a part of the oil used to lubricate different mechanical components is entrained by the refrigerant and pumped by the compressor into the system, the level of oil in the crankcase will decrease, robbing important compressor parts of vital lubrication. As a result, certain parts may wear, overheat, seize, or break. As well, if liquid refrigerant is drawn into cylinder bores, it will wash lubricating oil off cylinders and pistons. This will lead to scoring and overheating in the cylinder.

The oil particles entrained by the refrigerator will increase the density of the refrigerant charge. As the refrigerant gets pumped through the cylinder, higher than recommended crankcase pressures will develop. That extra load will cause the compressor motor to draw more current, which will result in unwanted inefficiencies. Additionally, a motor that draws more current could lead to compressor burnout. Oil that gets inside a refrigeration system will also coat the inner surfaces of valves and tubes, further decreasing system efficiency. Clogged capillary tubes, faulty valve assemblies, broken valves, compressor overheating, and repeated breaker tripping may also occur from this phenomenon.

A point worth mentioning is that compressor floodback often occurs during low load conditions. In case of a malfunctioning HVAC/R compressor, monitoring the system over a 24-hour period could pinpoint the problems that only occur when the facility is unattended.