The History of the Carlyle Compressor 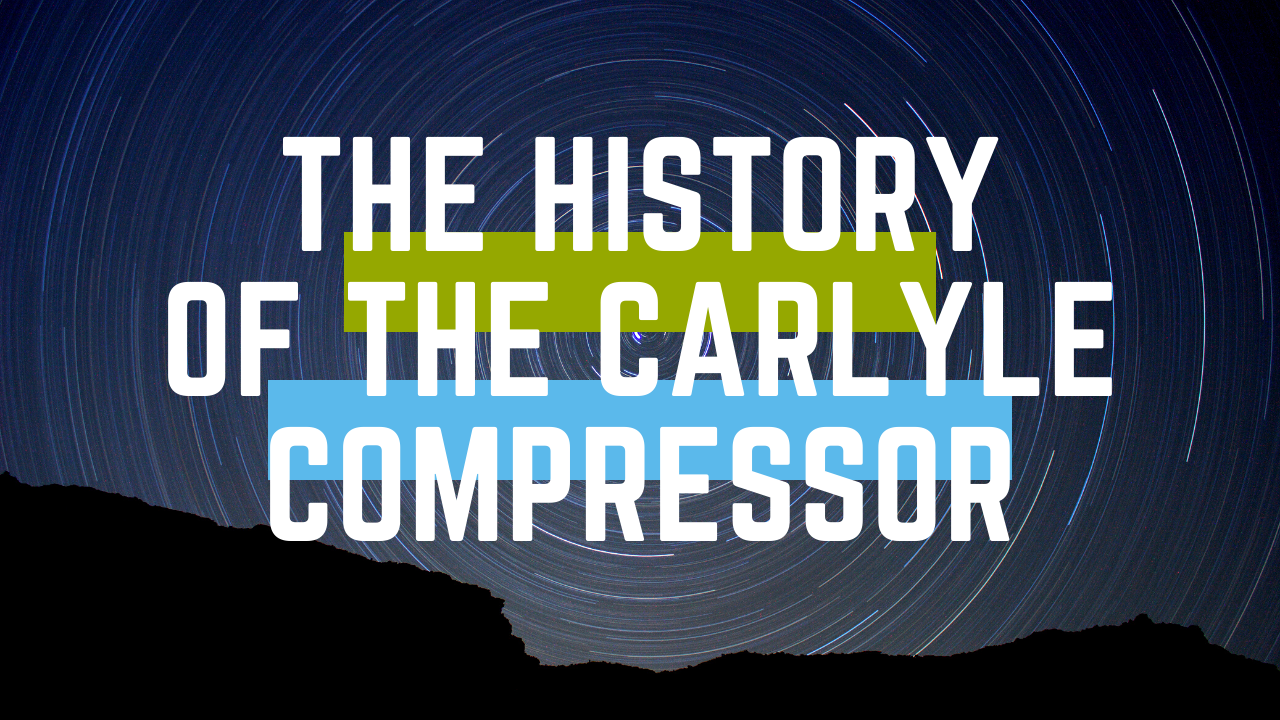 Along with air conditioning comes commercial refrigeration, enabling remote areas to enjoy produce, meats, and more nearly as fresh as they were on the farm. At the center of it all is the compressor, and none is more iconic than Carlyle compressors.

But the Carlyle story actually begins with one of its namesakes: Engineer Willis Carrier.

In 1902, Dr. Carrier created the first mechanical system resembling the modern air conditioner. It had humble beginnings: Its purpose was to prevent paper from wrinkling in the humidity at a Brooklyn-area publishing company.

Carrier recognized the potential of the device and founded Carrier Air Conditioning, then Carrier Engineering Corporation. One of his partners in the venture was J. Irvine Lyle. In time, the combination “Carlyle” would symbolize a respected nationwide brand.

The first home air conditioning system was set up in Minneapolis in 1914 using an early Carlyle compressor – but Dr. Carrier continued to innovate. Throughout the 1920s, units became smaller and safer, with a less hazardous refrigerant.

Trains, trolleys, and airplanes soon introduced air conditioning. During the Great Depression, few homes could afford such a system, but they became emblematic of a bigt part of American life: The movie theater, where people gathered to beat the summer heat!

The Refrigeration Capital of the World

In the 1930s, Carrier Air Conditioning’s advancing fortunes resulted in a move to Syracuse, NY. The company vowed to make Syracuse “The Air Conditioning and Refrigeration Capital of the World,” and it remained a hub of innovation until 2010. In the early 1940s, the compressor business earned its own spacious facility at the storied Thompson Road site.

By the 1950s, Carrier and Carlyle were developing distinct strengths in compressor technology and air conditioning. 1953 was a banner year in air conditioning, with one million U.S. homes adopting a unit. Florida, Southern California, Texas, Arizona, Georgia, and New Mexico are just some areas of rapid growth in the second half of the 20th century as a result of the ingenuity of Carrier and the companies that bore his imprint.

Through the 1990s, Carlyle had some of the best facilities in the commercial refrigeration industry, enabling the production of sophisticated compressors on a grand scale. During this era, the semi-hermetic 23XL screw compressor was launched along with model 06N, the first compressor designed especially for the emerging HFC-134a chlorine-free refrigerant.

Over the last several years, Carlyle has reshuffled its production facilities and focused its engineering efforts in DeWitt, New York. The milestone of its 25,000th screw compressor was met with much fanfare both within Carlyle and across the engineering community.

In the modern era, Carlyle has been active in reshaping the industry for the better. In 2000, it acquired Our Way, an authorized Carlyle compressor remanufacturer. It also expanded its work across various sectors, such as dairy and other agriculture.

As the first decade of the 2000s wore to a close, Carlyle launched an ambitious new facility in Stone Mountain, Georgia. Home to its Compressor Re-Manufacturing Division, it won several prestigious industry awards including Industry Week’s Top 10 Plant Award in North America. The new line of Paragon screw compressors was also released around this time.

As we enter the 2020s, Carlyle has produced more than five million total compressor units.

Some recent breakthroughs include Carlyle’s new SMART Unloading compressors and the 06M reciprocating compressor compatible with R-410A refrigerant. With the phasing out of R-22 refrigerant, R-410A offers new opportunities for Carlyle to push the envelope on performance.

R-410A is approved for use in new residential air conditioning units. It will also reshape a wide range of refrigeration applications. As a non-HFC refrigerant, it doesn’t contribute to ozone loss.

As these and other changes impact the industry, Carlyle will be there with the most reliable and efficient technologies. To learn more about the Carlyle difference, contact Compressors Unlimited.