The History Behind the Danfoss Commercial Compressor 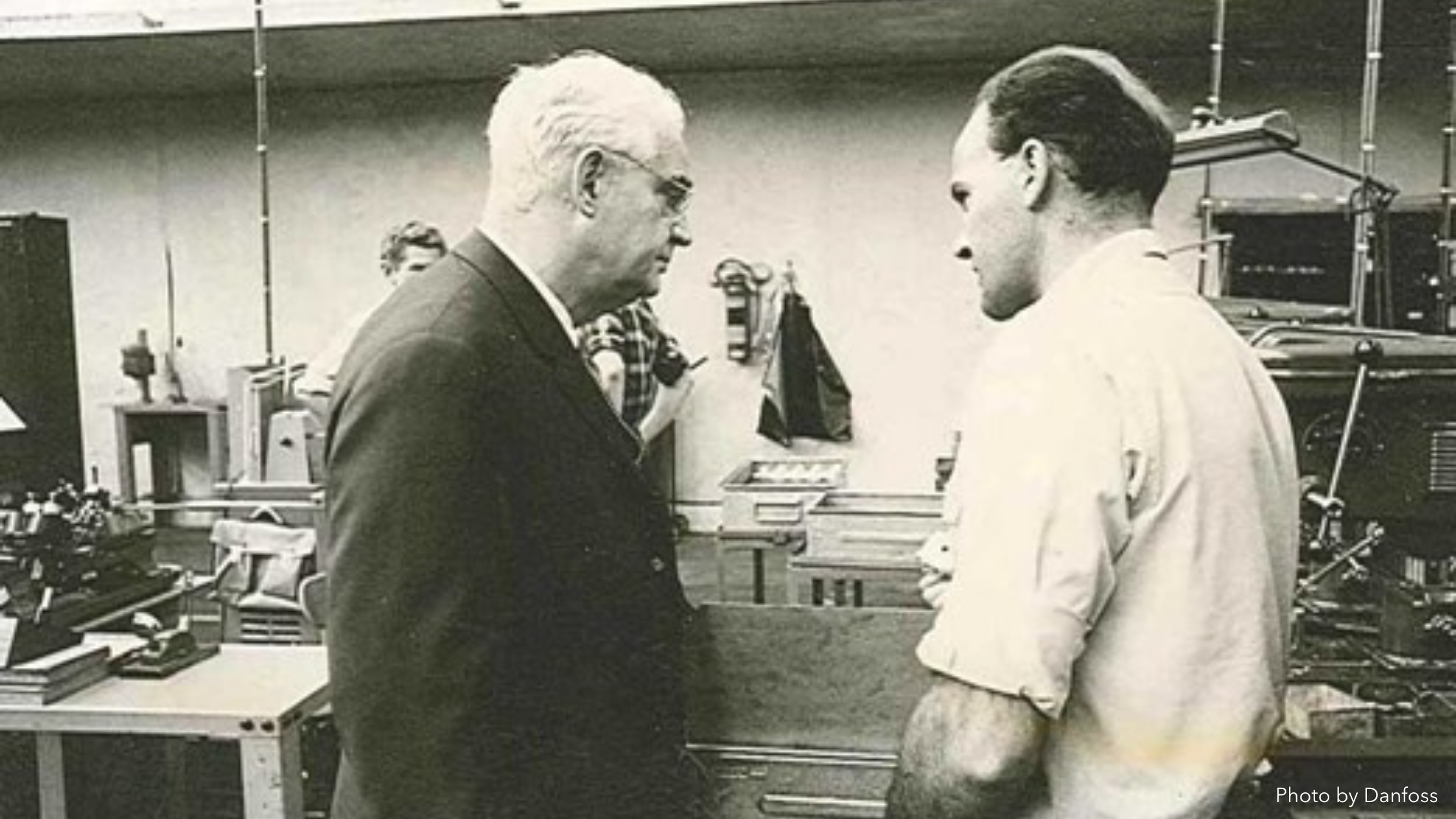 Dozens of companies from all around the world have contributed in their own way to the development of the commercial compressor. Many of those brands are based right in the U.S., but international brands have also made a tremendous impact. One of the biggest of those is Danfoss.

From Humble Origins, a Promising Beginning

Danfoss is a Danish multinational firm founded in 1933 by Mads Clausen, which puts it among the oldest of all companies to design and manufacture compressors. Although there was a modern subsidiary called Danfoss Compressors from 1956 to 2010, the parent company has operated continuously.

Mads Clausen was not someone you could easily pick out as an engineering genius. He came from humble beginnings as the son of a farmer on the island of Als in Denmark. This rural area was far from a commercial center at the time, and Mads was surely expected to carry on the family’s farming tradition.

But he had another inspiration to follow: His grandfather, who engineered a variety of pumps and other labor-saving machines. Mads decided he would study engineering, and completed his formal education in 1927 before joining a local engineering firm specializing in refrigeration.

It’s a bit of a spoiler, but the family farm remains and it’s still a testament to the Clausen legacy – albeit in a different way. If you go to Als today, you can find the farm as the site of the Danfoss Museum. Mads Clausen ran the company for 30 years from his childhood bedroom, and its world headquarters is still in the area.

Danfoss Goes from Refinement to Innovation

Mads was one of the top engineers in the firm. Soon, it was time to make his mark independently.

The first product ever designed and produced by Danfoss was a relatively simple expansion valve for use with refrigeration units. Mads Clausen examined a wide variety of similar valves from U.S.-based companies before coming up with his own design, which he intended to be more efficient and longer lasting.

This was a crucial turning point not only for Mads, but for the local market. At the time of his work, there was a ban on importing valves from America – a local alternative was critical. This initial design was a success and helped Danfoss cement its reputation with a variety of projects in Denmark and beyond.

Before long, Danfoss was firmly ensconced in the European market. By 1941, the company’s portfolio grew to include products for heating. Danfoss originated the thermostatic radiator valve, allowing granular temperature control by adjusting the flow of hot water to a radiator. Mads Clausen personally created the original design.

By the 1950s, Danfoss became the center of its local community. Literally.

By making use of materials that would otherwise go to waste soon after the war, the company managed to maintain its commitments during a harrowing period of history. Now it was seeing the result: Als grew and flourished like never before, with multistory apartment complexes springing up overnight.

Such construction was all but unknown outside the biggest city centers. Now, Als, once thought too sleepy and remote to be a commercial powerhouse, had all-new homes, schools, and a shopping center on what had once been barren fields. The company employed more than 200 people.

Subsequent years were good for Danfoss. It was soon expanding into other countries, especially Germany, and offering a new suite of power electronics. In 1966, when Mads passed away, the firm was responsible for 500 million Danish kroner in annual sales. His wife Bitten took over as chair of the board.

We may think of energy efficiency as a modern worry, but Danfoss was there in 1970.

By 1977, Danfoss employed more than 11,000 people worldwide. Energy efficiency was at the core of the firm’s research and set the tone for its competitive advantages even today. Danfoss was among the first engineering concerns worldwide to introduce Computer Aided Design (CAD), further streamlining its production.

Through continuous process improvement, Danfoss set the stage for ongoing gains in efficiency while growing its headcount to 13,000 around the globe. In the 1990s, the Danfoss factory network pushed ahead with ISO 9001 quality certification, setting a gold standard for other brands to follow.

In the 2000s, Danfoss and its 32,000 employees became the first to integrate variable speed technology in commercial air conditioning. In just one year, it produced more than 200 patents on air conditioning and heating technology. It is on track to hit its goal of 100% carbon neutrality by 2030.

Danfoss is a true success story. They have partnered with various dealers, like Compressors Unlimited to help provide access to their products.