The Historical Moves of the Bitzer Commercial Compressor 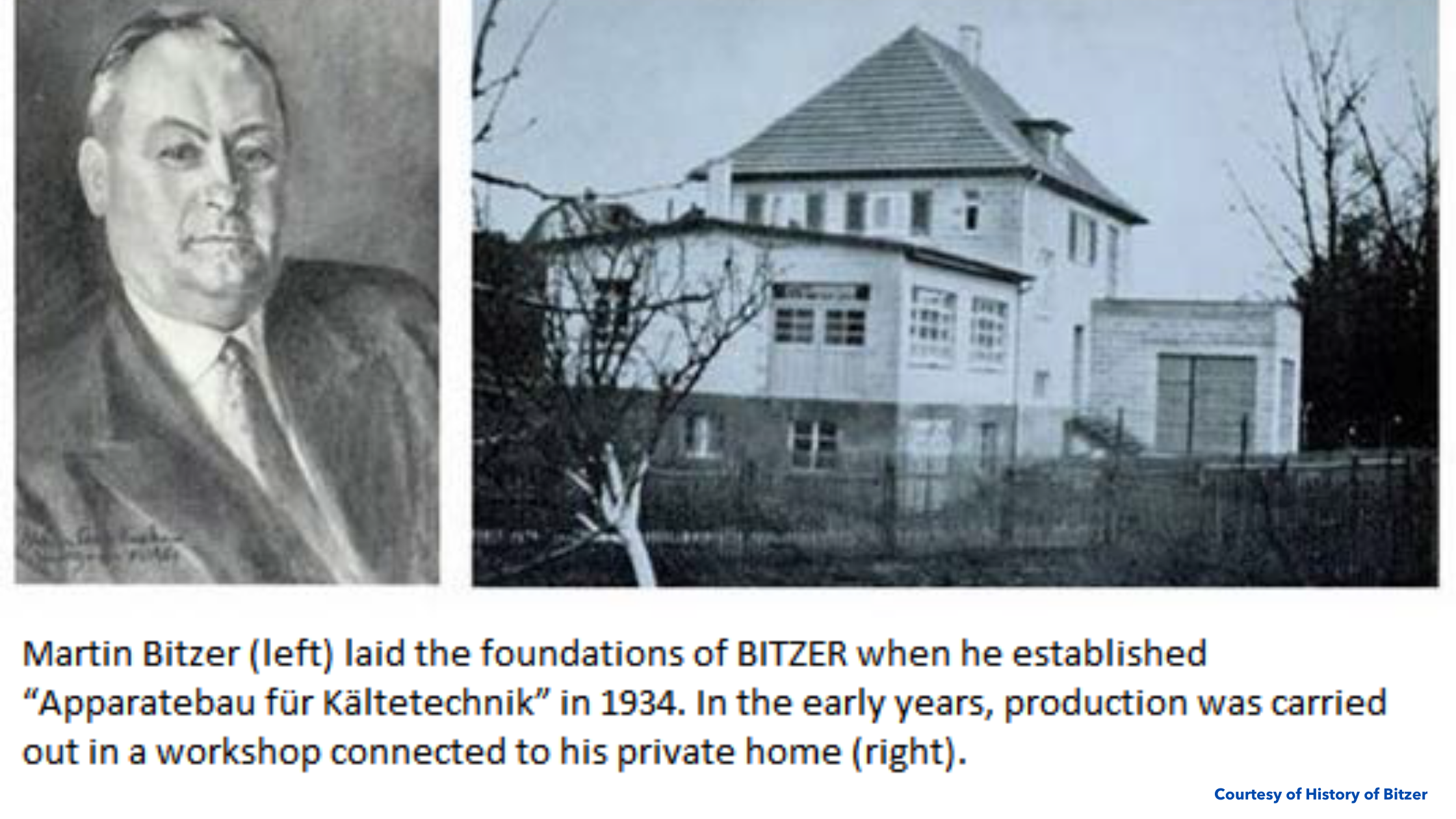 When German efficiency meets compressor technology, you get Bitzer.

Founded in 1934, Bitzer is the largest compressor technology company to originate in Germany. It stands tall as one of the leading multinational providers of commercial compressors for all kinds of air conditioning and chilling applications, being only a few years younger than the earliest U.S. compressor firms.

If you are not sure whether Bitzer is a reliable or reputable brand, we are glad to tell you that it is.

Although Bitzer’s name might not be quite as well known its competitors like Carrier, York, and Trane, it has built a brand around quality and durability over more than 85 years. Bitzer commercial compressors are now used worldwide in a variety of industries, making it one of the top compressor brands in terms of international sales.

But, of course, Bitzer compressors did not reach their current status overnight.

Let’s take a closer look at how the modern Bitzer compressor brand came to be.

From Humble Beginnings to an International Success Story

Back in 1934, many of the technologies that would make industrial manufacturing faster, safer, and even less expensive were in their infancy. Engineers such as Bitzer’s founder, Martin Bitzer, were making new discoveries seemingly every day – and often working under conditions that would be unbelievable to our modern eyes.

In Martin’s case, Bitzer was founded out of a workshop that was attached to his own private home.

Originally named “Apparatebau für Klimatechnik” – roughly, Machine-Building for Air Conditioning – it got its start in the city of Sindelfingen on the headwaters of the Schippe, part of Würm River in southwest Germany. Today, Sindelfingen is known for a Mercedes-Benz plant, but not much was going on there at the time!

Bitzer started out in the manufacture of thermostatic expansion valves, which would soon be in high demand in Europe, as well as piston compressors. Within a few years his interests had turned definitively to refrigeration compressors and he had begun to hire junior engineers to help bring his designs to fruition.

Bitzer Plants Dot the Landscape in Sindelfingen and Beyond

By 1959, Martin Bitzer’s original workshop had been replaced many times over by a new complex of plants.

In the complex economic landscape of the 1950s, there were many opportunities for engineering firms to spark lucrative business by going international. Martin Bitzer’s pioneering technological work finally had the global audience it needed when the Bitzer brand name was free to begin a new era of global exportation.

Beginning with relatively simple two-cylinder open compressors, Bitzer soon had a full line of products. It was at the forefront of the development of fresh ideas in compressor technology, such as successive generations of screw and scroll compressors. By 1960, nearly 60% of Bitzer products were exported around the world.

A New Era Under Peter Schaufler

By this time, Bitzer had been around for so long that some engineers had their whole careers there.

One engineer with a long history with Bitzer was Ulrich Schaufler, who became Martin Bitzer’s successor as the head of the company in 1961. During this time period, Bitzer focused on innovation that would carry its brand beyond its strong European home base and further build its business.

This era saw the launch of the Hermeta line and the replacement of old-fashioned open compressors with hermetic and semi-hermetic alternatives. Bitzer continued to grow and expand, as many countries still lacked a home-grown compressor technology brand, but refrigeration was growing in importance each and every year.

The early 1960s saw Bitzer extend its reach to more than 60 countries all over the globe.

In 1979, another generational shift in leadership brought Peter Schaufler to the helm of Bitzer.

Peter had a vision to turn Bitzer into a global powerhouse in compressor technology that would set the tone of thought leadership among refrigeration engineers. Controlled growth throughout the international arena was necessary for Bitzer to reach its full potential as an independent technological leader.

Peter and his leadership team turned out to be more than ready for the challenge.

With heavy investment in the development of a network of global plants, Bitzer was welcomed as an employer of choice in many countries, providing opportunities for highly trained engineers to flourish. Throughout the 1990s, the company saw remarkable growth toward its current stature, 3,200 personnel at 41 global sites.

All in all, Bitzer’s footprint reaches 90 countries all across the globe.

It celebrated 80 years in 2014 at a time of fast-paced acquisition of other companies, all of them providing additional technical expertise to add to the distinctive Bitzer brand. And with remanufactured commercial compressors, any organization in the United States can benefit from Bitzer quality and efficiency at a fraction of the cost.