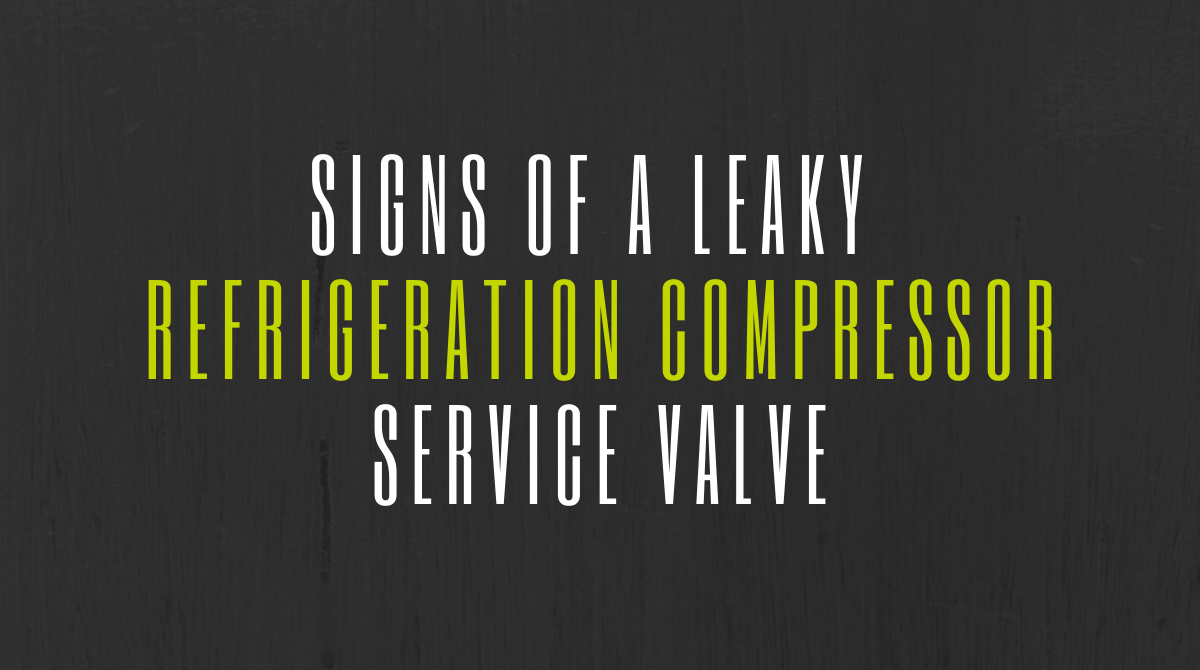 Your cooling system's compressor service valve plays an important role in its overall efficiency. Leaking refrigerant is not only unsafe, it also wastes energy and can eventually damage your system. Overheating is a common problem as your system struggles to keep up with the demand for cooler temperatures. Regular maintenance checks can uncover even the tiniest leaks allowing you to correct the problem before any major damage occurs.

Minor leaks can occur due to wear and tear on the components of the system. They may also be the result of another part of your cooling system malfunctioning in some way. Daily monitoring of your system is a good way to determine even the smallest fluctuations in both the temperatures and pressures associated with your system. Keeping a close eye on both will allow you to identify small leaks before they become major problems. As soon as the signs start to appear, a call to your HVAC technician should be your top priority.

An Increase in the Discharge Temperature

Any type of leak in the compressor service valve will cause most of the active refrigerant to remain in either the condenser or the receiver, or both. Over time, this will cause higher subcooling in the condenser and prevent the refrigerant from traveling throughout the system. While this may not seem out of the ordinary, over time, it can start to damage the system.

With small refrigerant leaks, superheating may not become a problem. However, if the leak continues to increase, major problems can occur. Extreme superheating, or an excessive amount of vapor which goes far beyond its boiling point, is caused by insufficient refrigerant flow as it travels through the system. If the flow of the refrigerant is not sufficient when it gets to the thermostatic expansion valve, it can cause extreme superheating.

A leak in the compressor service valve is often detected during an inspection of the system and can be repaired rather quickly. These tips are a great way to identify the problem if it happens to occur between regular inspections. If a leak is detected or if you suspect one may be compromising your system, call a professional HVAC technician and have them take a look at your system. The sooner it's fixed, the quicker your system will be up and running at maximum efficiency.

If the diagnosis determines that a replacement refrigeration compressor may be necessary, Compressors Unlimited has a wide selection of remanufactured compressors that are not only cost-effective, but superior quality with a warranty included.