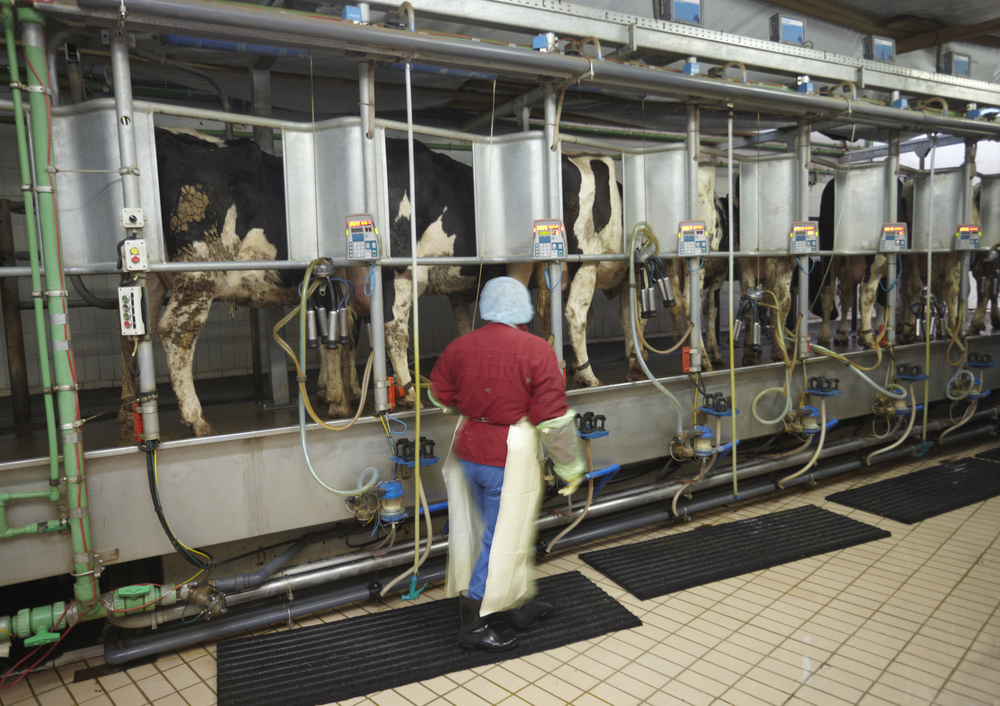 In order for freshly harvested milk to keep from spoiling, refrigeration compressors are used to lower the temperature after the heat has been extracted. Once the milk passes through the heat extractor and the temperature has been dramatically reduced, it passes through the coolant system that is powered by the refrigeration compressor. Reciprocating compressors are most commonly used because they can compress the coolant rather quickly and bring the milk to the proper temperature in a short amount of time.

In order for a refrigeration compressor to be used to its fullest potential, it's essential that it be well-maintained and serviced as required by the manufacturer. It's also essential that the right size compressor is used for the operation. Refrigeration heat recovery units, or RHR, allow the entire process to be more efficient. Water that is used to lower the temperature of the milk before it reaches the refrigeration compressor, can be collected instead of allowed to run down the drain.

By collecting the water, it can be transferred to where it is needed the most. In some cases, it can be sent to the pens to water the cows or it can be used for cleaning. Cows consume large amounts of water to support their milk production. Making the water readily available by sending it from the RHR directly to the pens makes it easy for them to get what they need. To make maximize your operation's full potential, it's important that every aspect of the process be as productive as possible. In addition to energy efficiency, this also means streamlining the process and minimizing the amount of waste generated on a daily basis.

Energy Efficiency Is a Must

When it comes to energy efficiency, there are several ways to keep the system functioning at its best. First and foremost, keeping the system clean. When it comes to the refrigeration compressor, the coils must be checked regularly to ensure there is no dirt build-up. Cleaning them as often as necessary will allow the compressor to run at maximum efficiency at all times. It's also important to monitor the level of coolant. If you can see that it is getting low, make sure to have it serviced. Having it recharged will prevent the system from having to work harder to produce the same result.

Set up your system so that any heat recovered from the milk cooling compressors is diverted directly to the hot water heater or to the watering system for the animals. By diverting it to the hot water system, you reduce the amount of energy needed to keep the water hot. The money you spend on installing the specialized plumbing will save you more than enough to pay for the entire system over its lifespan.

The refrigeration compressor that farmers use, be it a reciprocating, scroll or discus type, will have a direct impact on their production and the energy efficiency of their operation. Understanding how each system works and how they can be used to increase efficiency in other areas will allow you to streamline your business and save money on energy costs in the process.